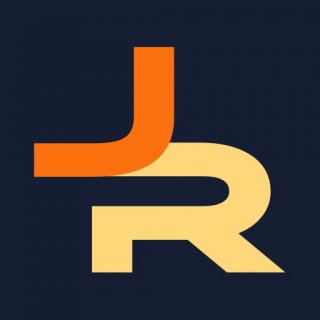 AppXprt
@appxprt
7 months ago
40 posts
Do you all have a developer version or do we have to purchase the premium version to develop plugins for it now? I have multiple plugins I would like to port that I developed for another CMS that has since died.
updated by @appxprt: 10/03/22 01:27:49AM

From there if you want to give the site to the client, then get them to create a jamroom hosting account and we move the site to their hosting, or you could continue to maintain their site for them and take a maintanence fee to cover your hosting costs and whatever your time is worth to keep it up to date.

@paul
7 months ago
4,310 posts
Just to add to Michael's post above, the free downloadable version of Janroom can be installed on your own server and will likely include all the basic modules and functionality needed to develop your own modules/ plugins. If your modules need to interact with other Janroom premium modules they could maybe be purchased individually.
Out of interest, which CMS were you using?

AppXprt
@appxprt
7 months ago
40 posts
Oxwall... I was interested in creating a social media platform at one time, but now I'm just interested in developing for them really.

AppXprt
@appxprt
7 months ago
40 posts
I'm interested in forking some of my plugins from there possibly (there are a lot more than this):
https://developers.oxwall.com/store/list/my-items/plugin

@michael
7 months ago
7,567 posts
Can't see any plugins on that URL, think its probably connected to your user account.

If you've got a bunch of plugins and want to release them to the market then we do have 3rd party options for selling and version control. The main thing we're concerned about is that the modules will be supported.

In the past modules have been built then not supported/maintained which isn't great.

Here's an example of a 3rd party developer on jamroom, this is UltraJam:
https://www.jamroom.net/ultrajam/forum

They have all the same features as The Jamroom Network team have.

AppXprt
@appxprt
7 months ago
40 posts
Do you all allow service purchasing in plugins themselves or do I need to forward users to a website checkout that links back to the plugin somehow? Try this link:
https://developers.oxwall.com/store/user-list/plugin/ViXiV
updated by @appxprt: 06/30/22 01:11:02PM

@michael
7 months ago
7,567 posts
We don't have a pay-a-subscription-for-a-module type setup. Each module in the marketplace section of a Jamroom install will have a fixed price on it. Once the user has purchased the module they will be able to use that module on 2 sites. The thought pattern is: 1 site is production the other is development.

A Jamroom site admin can set their site up so that they charge a subscription to the users of their site and those users paying the subscription get moved into a different 'Quota'. The quota determines access to modules. Eg: mysite.com charges $3 per month to be able to upload 10 audio files ("The Basic Quota"), pay $7 per month and you can upload 30 ("Slightly bigger quota").

AppXprt
@appxprt
7 months ago
40 posts
Yea, I turn responsive sites into mobile apps, but people tend to trust that more if it's in plugin form (integrated with the CMS.)
I spent a few years developing apps from scratch and thought there had to be a better way. So I built some personal 10 Gigabit infrastructure, wrote a custom Linux distro for Live Android builds, automated the iOS side of things and created an API for CMS Plugins to interact with the infrastructure and build apps individually for any website. I have an Oxwall and Wordpress plugin, but would like to expand this to multiple other platforms like JamRoom and Social Engine.

I wanted to originally just offer it as a service, but some other developer at Oxwall was telling everyone, I wouldn't trust anything unless it was in "Plugin Form" so I went that route. It ended up being a good idea, but I think it was just that developer trying to prevent others from making money.
updated by @appxprt: 06/30/22 04:58:07PM

@michael
7 months ago
7,567 posts
I'm not so familiar with Oxwall other than knowing 'it exists'. I reckon the best way to be trusted is to answer questions in the forums. It shows you know the system and helps out the community, then when someone is considering buying from you they have a feeling of who they're buying from.

Just my opinion though.

When I first started with Jamroom there was a guy called Kyle who helped out in the forums. The speed and availability of his responses really got me hooked on the system. Felt like I wasn't alone.

Sounds like a really valuable service you are planning to offer, I'm sure there will be some interest.